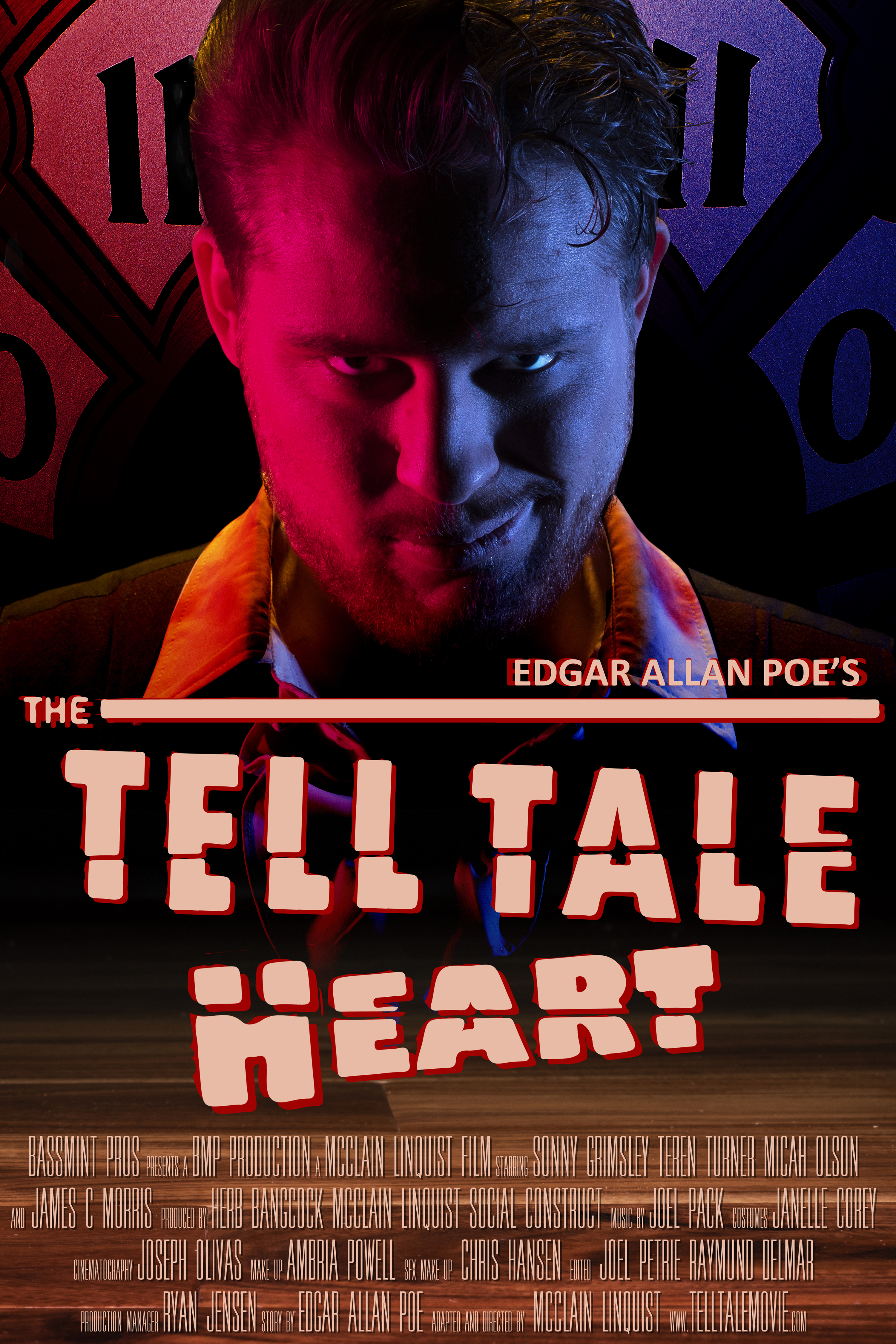 There is something charming and attractive about short films. There is an ingenuity and passion that tends to paint the screen over a small span of time and as a horror fan, I’ve come to see a lot of imagination and interesting effects while I’ve explored shorter works lately. The format brings out the need to tell a concise and engaging story that will leave an impression in less time than your average TV episode. It’s a challenge, and thankfully in the right hands, it can result in some excellent work.

I’ll be the first to admit that The Tell-Tale Heart is not my favorite piece of literature. I studied it to death in school, it’s been referenced in media all over the place- but I’d heard about a short film adaptation that, with some research, looked like a unique experience. Once I was given the chance to check it out for myself, my horror-loving independent film supporting self jumped at it, wary as I might be of the source material. END_OF_DOCUMENT_TOKEN_TO_BE_REPLACED

Back in 2013, the Wii U was in the midst of its relatively short console life, still producing games like Tokyo Mirage Sessions and other games that have gained cult status in recent years since. When folks got a whiff of an idea that The Wonderful 101 was going to be re-released somehow, a wave of excitement washed over my social media pages.

To be honest, I had no idea what the game was. I had heard of it way back when it had come out but beyond the title, I had no clue what it was and didn’t know if it was something I would get into based on what I had heard from folks. It fell to the wayside for me and by the time I had any more inclinations to go back and check it out, the Wii U had fallen out of circulation from my TV.

Cut to 2018 when Hideki Kamiya had mentioned an interest in porting the game to the newest Nintendo console. Shortly after, a very successful Kickstarter campaign to gauge interest and a ton of support from the gaming community brought the game’s remaster to fruition. Publishing on their own, PlatinumGames made good on their promise to bring The Wonderful 101 Remastered to their fans. As someone who had never gotten to play the original, I was interested to see what made this a title that so many people had become so excited to see a port for.  END_OF_DOCUMENT_TOKEN_TO_BE_REPLACED

Save Point – Going into May

First and foremost, times are strange right now so I hope all of you and those important to you are safe and maintaining your mental health, however you are working through this time. On a personal note, I can say it’s taken a toll in a couple of ways on my normal routine- but that’s what this update is for! END_OF_DOCUMENT_TOKEN_TO_BE_REPLACED

I was never a fan of black and white cartoons. I’ve read plenty about them as I’ve grown up, though. From the likes of Betty Boop and Felix the Cat and some of the outliers around them, the cartoons of the 1920s and 1930s have always been interesting to me from afar. Like films from the same era, though, it’s been tough for me to sit down and try to watch them. Maybe it’s the lack of colored animation and film. Maybe it’s the fact that they’re relics now.

Maybe it’s the fact that they feel a little too smooth and- dare I say it- creepy.

It didn’t strike me until now, but there’s something both intriguing and unnerving about cartoons from the early era. Some of them toyed with fire and brimstone, and the voices are just a little too pristine and emotive. I can’t really put my finger on why the more historical offerings from the animated era of that time aren’t of interest to me, but I grew up on cartoons from my parents’ era around the 1970s and 1980s. I know a person or two who study the beginnings of animation, though, and while it’s interesting to hear them talk about it, it’s still not something I’ve taken a step back into myself.

The first time I saw Bendy and the Ink Machine, though, I knew that its visual style, dependent on the style of animation from the early days of its inception, was something that might hook me. When it first came out, I wasn’t completely sure what its angle was. It seemed sort of action-oriented. Then again, it could have just been some game angling at folks who enjoyed that old style of art, whatever it might have been. Then I heard it was creepy.

As soon as I had it in my possession, I decided I needed to play through it and check it out for myself. Not only was I trying to play more indie games, but Bendy had been gaining popularity in merchandising and on my social networks. Even if I didn’t enjoy it, I knew when I was booting it up that I would get to know what was so special about it that it had gained such immense popularity in such a short time. END_OF_DOCUMENT_TOKEN_TO_BE_REPLACED

Five of My Favorite Easter Eggs in Gaming

Before I get into the nitty-gritty of the topic at hand, let me first say I hope you’re all having a great day, regardless of what you celebrate. It’s been a rough time for a lot of folks, but hopefully, if you want to be socializing or celebrating, you’re finding a responsible and satisfying way to do it!

That said, today is Easter- so what better time to talk a little bit about some of my favorite Easter Eggs? I know plenty of folks have heard of the term, but to give a bit of history on it, the term “Easter Egg” refers to a piece of programming in a game that is hidden and meant to be found by people playing the game with a little bit of effort. While they aren’t always left in on purpose, almost all of them are put in deliberately as something fun to trip across. While it wasn’t the earliest example- plenty have been found since the term was coined- the origin of the concept came from the game Adventure on the Atari 2600 as a way for the programmer, Warren Robinette, to be credited for his work since games at the time didn’t have credits as a way to retain their talent. No credits meant no chance their programmers could be enticed to another company.

Intrepid enthusiasts have found more examples from games before Adventure, and Easter Eggs have become less career necessary and more referential and quirky for the most part. Out of all of the Eggs that have been hidden, here are a few personal favorites: END_OF_DOCUMENT_TOKEN_TO_BE_REPLACED