Since the earlier days of console gaming, Castlevania has been a standout series alongside esteemed first-party brethren like Super Mario Bros. and The Legend of Zelda. Over the course of the 8 and 16-bit days, the series managed to produce just under 10 or so unique games for itself, and the popularity it gained after the night-untouchable Symphony of the Night released on Playstation made it a force to be reckoned with. While keeping true to its core mechanics, for the most part, Castlevania rode the waves of evolution over generations in a way that many series with they could have, whether by quantity or quality.

Inevitably, this would mean that when the jump to 3D gaming started to rise with Super Mario 64 and The Legend of Zelda: Ocarina of Time, Castlevania would surely take the leap with them. With a strongly established mythos and plenty of recognizable elements, the series brought a dark tone to the otherwise colorful and fantastical offerings plenty of other powerhouses had been for years to the Nintendo world.

Looking back now, there are some horrors aside from the creatures of the night the Belmont Clan had been used to that many games entering the 3D arena had to compete with. Notoriously, Castlevania 64 tripped into some of these pitfalls, but so did plenty of the heavy hitters during that time. Why, then, have we seen so much love for Super Mario 64 and Ocarina of Time but not for Konami’s attempt at making a more immersive trip to the Count’s castle abode? END_OF_DOCUMENT_TOKEN_TO_BE_REPLACED

Every so often, a game spawns an entire legacy, inspiring a number of works ranging over various systems and revamps to cement their role in video game history. A number of popular properties started on the Nintendo Entertainment System. Super Mario Brothers, Metroid, Final Fantasy– the list goes on. Among those titles, though, is a little horror game called Castlevania.

Given the amount of entries in the Castlevania series at this point, it very well rivals and surpasses most of the above titles by quantity alone.  Whatever the deviations or however many times a game may re-imagine its origins, every series has its humble beginning, and while Castlevania graced nearly every television set I grew up around, I could have never imagined how much this title would have spawned going forward and how addicted I would still be to those future titles.

Going to the beginning of the legacy of Castlevania, though, how does it hold up, and what groundwork did it lay for the rest of the series?

END_OF_DOCUMENT_TOKEN_TO_BE_REPLACED 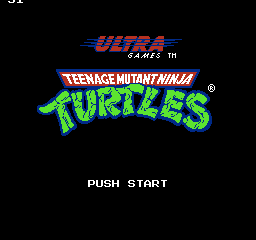 Teenage Mutant Ninja Turtles was one of those games growing up that I remember watching cousins play and struggle through, nearing the end and throwing their controllers as hard as they could when all of that work turned into a nice little Game Over screen. It is not known for being forgiving, and every child of the late 80s/early 90s probably fell prey to the popular brand slapping around their childhood dreams of giving the Shredder his just desserts.

The game has managed a cult status over the years, though, as being a ‘Nintendo Hard’ rite of passage. Having bought this game when I was but a wee innocent lad, I too watched in frustrated horror as one by one, my turtles shrunk into their shells until my continues were used up and I had to restart my agonizing trek. With my now decades old resolve, I decided to take down this ancient juggernaut once and for all.

END_OF_DOCUMENT_TOKEN_TO_BE_REPLACED

Sometimes, we have fond memories of games from our past. I can tell you the first game I played on Playstation (Final Fantasy VII), Nintendo 64 (Wave Race 64) and plenty of other firsts, including the Game Boy.

To be fair, I can’t remember exactly which game I played first, but I remember the first three games I owned- Super Mario Land, Tetris, and Teenage Mutant Ninja Turtles: Fall of the Foot Clan. It wasn’t the first game to star the Turtles, and it certainly wasn’t the last, but it held some fond memories for me. One bored night, I decided to sit down and play the game again to see if my memories would bring any warm nostalgic feelings up.

The journey did not go as expected.

END_OF_DOCUMENT_TOKEN_TO_BE_REPLACED

Trilogies are not unheard of in the video game world nowadays. Good things come in threes, so it’s said, and the Castlevania series did their best to prove that adage right back when they were hot and heavy in the Nintendo days. Castlevania III: Dracula’s Curse came along after the original creeped audiences out, and the second one probably confused the fans just as much so.  Figuring out how the third one would fare was probably an adventure when it came out, but how does it stand up to the rest of the series? Even more important, how does it stand up as a game in general with over twenty years under its belt?